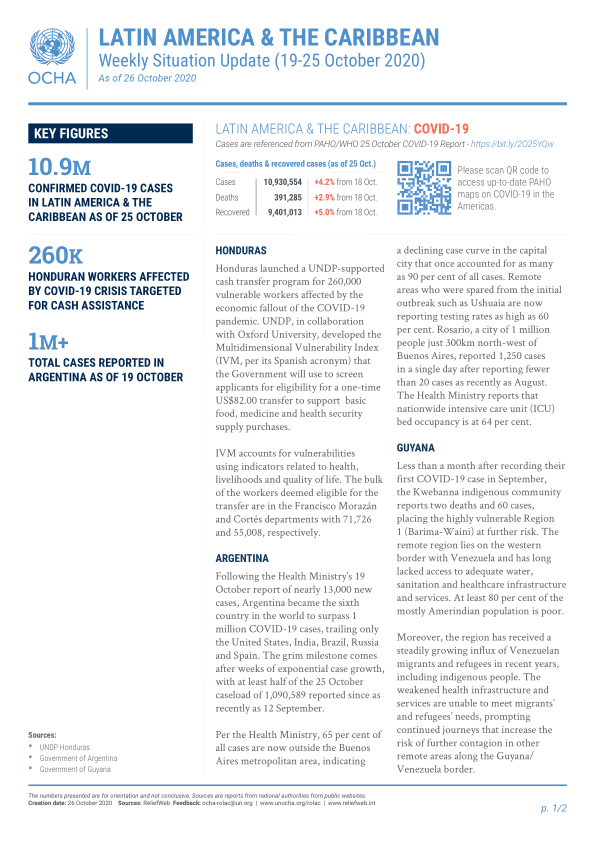 Despite the presence of some contrasting trends in the history of medicine and public health in Latin America and other Caribbean regions, there are some general observations that can be made. Despite a few rare studies on the public’s, cultural, linguistic, and socioeconomic perspectives of medicine and healthcare in other parts of Latin America and in the Caribbean, national and local policies still dominate, especially in the urban sectors. This pattern of dominance has been consistent in the rural to urban transition in Latin America, as well. The exceptions are the rural Amazon regions, which have experienced a notable rural-urban migration over the past half century.

Although Latin American governments have taken essential steps to improve the quality of healthcare provided by various healthcare providers (especially private providers) over time, efforts have largely remained limited to changes in infrastructure and routine services such as immunization programs, access to quality potable water, improved sanitary conditions, etc. In addition to lacking significant change, Latin American societies remain plagued by other health problems such as inadequate diet and water safety, infectious disease, drug resistance, air pollution, illiteracy, poverty, sexual transmitted diseases, and many other prevalent problems. Latin America is experiencing an epidemic of obesity and other chronic diseases affecting large numbers of its citizens. This situation has been further aggravated by the fact that Latin America is one of the fastest expanding regions in the world for oil production, making environmental health and safety even more challenging than in the United States.

Latin America is home to vast numbers of poor people, with very low life expectancies and high infant and child mortality rates. These demographic realities create significant health and nutritional challenges in the long run, as well as long-term difficulties in dealing with physical, mental, and social consequences. Latin America’s public health system also suffers from a lack of attention to prevention, diagnosing, and treating diseases that are common in their communities. The result has been under-diagnosis, over-treatment, and inappropriate use of medications, resulting in excessive morbidity and mortality.

Latin America’s health care system faces other significant obstacles. The majority of Latin Americans live without access to adequate health care services, even though Latin America boasts some of the best healthcare environments in the world. The result is that many people do not have regular access to the medical care they need or would like. Even when health problems are identified early, there are few effective treatments available. As a result, these individuals often suffer needlessly until it’s too late to effect any meaningful improvement.

The lack of primary education and lack of interest in basic nutrition among Latin American populations exacerbate the problem of poor health and nutrition. The result is that many Latin Americans relies heavily on drugs to combat chronic illnesses and survive. The result is an increase in premature death due to diseases associated with ill-health. This trend has also been exacerbated by the fact that illegal drugs are commonly used as substitutes for more expensive, prescribed medicines.

Another important factor contributing to Latin American health care problems is lack of awareness regarding general hygiene and food safety practices. Many Latin American countries are known for the prevalence of infectious disease and poor dietary habits such as obesity and sugar intake. These practices create a breeding ground for infections that often spread throughout Latin America’s communities, affecting individuals and communities alike.

In addition, Latin America’s poor public transportation system leaves many citizens waiting for hours to receive basic health care services. This issue has resulted in Latin American youths traveling to urban areas to consume junk food and empty bottles of alcoholic beverages. The result is increased morbidity and mortality due to diseases traditionally associated with wealthy countries. Latin America’s poor public health results in many unwanted health problems, some of which are deadly.

To solve these issues, Latin America needs to address issues such as sugar addiction, lack of clean water and adequate sanitation, improper use of antibiotics and other diseases carried through contaminated environments, malnutrition, lack of effective marketing and promotion strategies, and the poor quality of care provided by medical professionals. Latin America’s poor health care outcomes need not continue if other countries in the region improve their public health system. Latin America can do much to improve its poor health conditions and eliminate the diseases that have plagued it for so long. The first step towards improving Latin American medicine and public health is to change societal attitudes, ensuring that Latin American people understand the magnitude of their obligations to each other and to the world at large.